Geographic Imager 6.1 is available now and in addition to full compatibility with Adobe Photoshop 2020, here are the other exciting new features to make working with spatial imagery in Photoshop even easier:

Geographic Imager allows you to import a number of GIS vector formats directly on to your images in Photoshop. Whether performing a check to ensure accurate georeferencing, QA/QC or simply including supplemental data, this functionality allows you to improve the efficiency of your workflow. For a while, it was only possible to import vector data from your own files however we have added the capability to import from databases including PostGIS Spatial Database, and ESRI File and Personal Databases (.gdb and .mdb). Note that importing vector data from databases is only available in the full version of Geographic Imager.

When mosaicking documents in Photoshop with Geographic Imager’s Mosaic tools, you previously had the option to either group the layers from each document into folders or merge all layers into one single layer. In this new release, we’ve added a new option to merge source document layers which will flatten each source document into a single layer, but also keep each document separated in the destination, without the use of folders. This helps to keep the individual images separate while minimizing the number of layers and folders you need to deal with. MAPublisher 10.5 was released today and it has lots of new and improved features to make it even easier to make beautiful maps in Adobe Illustrator. If you’re new to MAPublisher, you can get a rundown of the full feature set here, and even try it free for 14 days. If you already use MAPublisher, we would love for you to tell us, on our Facebook page about your favourite feature or even share a map you’ve made!

Want to add mileage markers or mark intervals along roads, trails or other paths? Do it automatically using this new feature! Options for interval markers are found in the Path Utilities tool. NOTE: Screenshot is for illustrative purposes only. We do not advocate for the use of the Comic Sans font by anyone, at any time, for any reason. Ever.)

MAPublisher has a lot of tools. That’s a good thing, right? But let’s say you’re in a minimalist mood, or just want to simplify your life by tidying up the clutter. Customize the MAPublisher toolbar by selecting which tool categories to display on the toolbar, and hiding the ones you don’t use often. Ahh, now that’s better. Often, maps include the name of the coordinate systems in which the map is displayed, for reference purposes. It’s easy enough to create a text box and add this information manually, but we’re all about avoiding manual work. You can now copy ‘read-only’ attribute values from MAP Attributes. Presumably, if you need or want to use this capability, the description of it probably makes sense to you.

In the past, you could not automatically link copied objects to layers in the destination document if it contained layers with the same name as the layer in which the copied object originated. Still with us?

Now you can automatically link objects (MAP Themes and Selections) to layers even if the destination document contains layers with the same name as the source document layer which is tied to the copied object. Now, grab a cup of peppermint tea and look at that neat and tidy toolbar for a few minutes to refocus.

New Oil & Gas symbols have been added to the MAP Symbols Library, as requested by users in this industry.

MAPublisher makes it easy to make maps in Adobe Illustrator without the manual work, and with the flexibility to style and design maps while retaining the geospatial integrity of the map data. It’s the bridge between the art and science of cartography. Avenza Maps version 3.7 is now available for users on iOS and Android devices! We have added features for both our recreational and Pro subscription users and made some improvements based on user feedback. The newest version of Avenza Maps includes features that will facilitate location monitoring, improve the precision of your data collection and enhance your Avenza Maps experience!

New in Avenza Maps 3.7, is Geofencing. These are virtual perimeters or boundaries that are set up around a geographic location. When you approach or leave one of the boundaries, the app triggers a notification on your device. You have the option to create geofences around features in any map including placemarks, tracks, lines, areas, layers, and even the map itself. Geofences act as a location monitoring tool in order to keep track of your location without needing your phone in your hand at all times! With global geofence notification capability (a Pro feature), you can ensure that you never miss an alert because regardless of the map you have open, your global geofence will always be active. 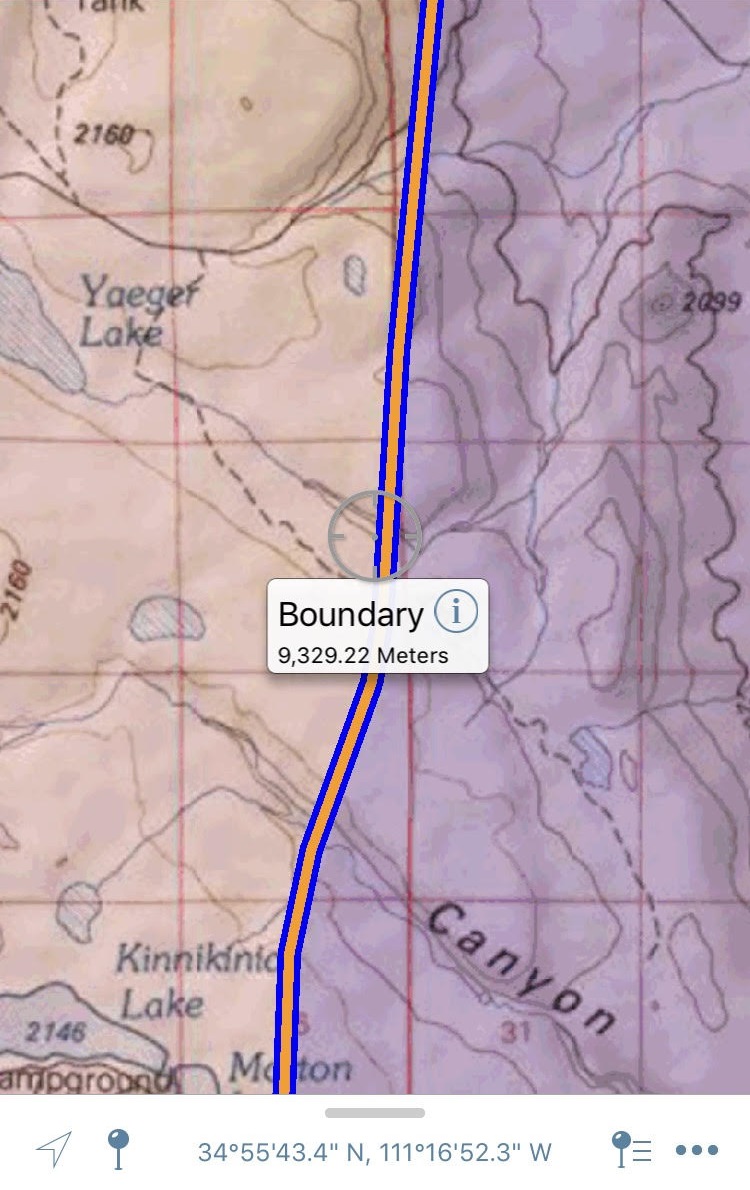 Pro users can increase the integrity and precision of location data by using the new Plot GPS Average tool to plot placemarks. The tool works by sampling your location over a period of time then deriving the average of the location samples and plotting a placemark on the map. Avenza Map Store Publishers can now release updates directly to their existing products! Now when an update to one of your previously downloaded maps is released by the publisher, you will be notified in the app and prompted to install the newest version. The notification will appear as a button under the current map that says Update Available. We recommend updating your maps but if you would prefer not to, you can decline the upgrade and the update option disappears. Any map data linked to the previous version will transfer to the new version of the map. So, if for example, you have a trail map that you use to collect your tracks or plot placemarks, you won’t lose a thing!

There are some big changes and improvements in this version of the app and we’re very excited about it. Our goal is always to ensure that Avenza Maps users can navigate safely and efficiently and collect data even more precisely in the app!

Learn more about all of the new Avenza Maps features in the ‘On the Map’ blog on avenzamaps.com

We released an update today, to MAPublisher, our well-known cartography plug-in for Adobe Illustrator. This version features support for the Equal Earth projection, has a new look and feel that more closely matches Adobe Illustrator’s interface and includes new options for importing geospatial data into Illustrator.

Our partners, Blue Marble Geographics, have added the Equal Earth Projection to their GeoCalc library, the system that we use for data reprojection and coordinate transformations. This projection is now available in MAPublisher 10.4.

The Equal Earth projection was created by veteran cartographers Bojan Šavrič, Bernhard Jenny, and Tom Patterson. It was published in 2018, in the International Journal of Geographical Information Science. Equal Earth is inspired by the widely used Robinson projection and is intended to provide a visually pleasing alternative to the Gall-Peters projection which shows continents and countries at their true size relative to each other but drastically distorts their shapes.

Want an Equal Earth map to experiment with? You can download MAPublisher-enabled Adobe Illustrator files at equal-earth.com

In MAPublisher 10.4, when a matching MAP View is found while using the Import or Copy MAP Objects From tools, you can now choose to crop the added data to an artboard’s extents. This same functionality is available when specifying the destination MAP View in Multiple Data Import. Furthermore, if you don’t want to add data to the existing MAP View, you now have the option to specify which artboard the incoming data will be added to.